On the first Tuesday of every month, jazz is BACK on the King Eddy stage. Calgary musician Jason Valleau brings you sweet jazz stylings with fellow local faves. 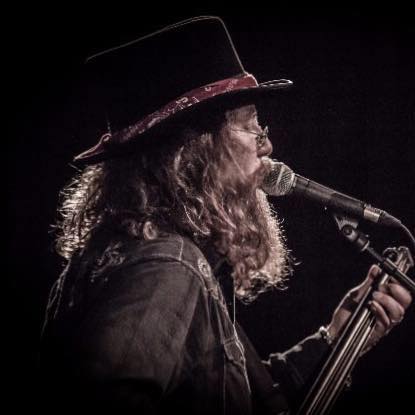 About Jason Valleau:
Jason Valleau self identifies as genre-fluid and can be seen around town playing anything from country, swing, jazz, blues or folk. Jason’s longtime band The Polyjesters toured the world before retiring in Carstairs where he helped organize a festival and operate a café bistro. Jason is now living in Calgary with his wife and is almost successfully making a living in music.
About Steve Pineo Music:
Steve Pineo is a regular on the music scene in Alberta with multiple recordings and radio favourite original songs. Steve can be seen around town playing guitar and singing in various forms of blues, R&B and jazz while fronting his own shows, tribute acts and is a key contributor in the vocal group Revv52.
About Cédric Blary:
Cédric Blary is not only an accomplished clarinetist and saxophonist, he also performs in several groups and genres including the Bow Djangos. When not playing woodwinds or teaching, Cédric also sings the low notes in the popular and long running group the Heebee-jeebees.